THE HUMAN COSTS OF ECONOMIC MELTDOWN AND ITS ALTERNATIVE 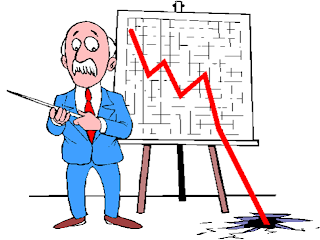 The New York Times editorial calls this “the scariest economic free fall the world has seen since 1929,” referring to the Great Depression that caused great suffering to millions. The sentiment is echoed by hundreds of leading economists, bankers and traders whose opinions are quoted daily, as they struggle to explain the economic fallout to the general public. Yet no one is able to confidently predict our economic future.

The US government first bailed out and then, following the lead set by Britain, France, Italy and Spain, began taking over some of the largest financial institutions. How many billions and trillions do they have? Of course the answer is that they already have more than 10 trillion dollars in national debt!

The human costs of this economic meltdown are only beginning to be felt. More than a million US citizens have lost their homes in the past two years, and a million more are expected to lose their homes in the coming12 months. Yet the United States government continues to pay more of the mortgage costs of rich homeowners, through larger tax deductions, than of poorer homeowners.

United States citizens have lost two trillion dollars in retirement funds, representing about 20 percent of their value since last year, reducing the income of everyone and forcing many older working citizens to continue working even into their late sixties. Countless small investors are losing their savings.

The frozen credit market, which is much more serious than the severe stock market declines, will cause companies around the world, unable to borrow, to layoff workers and unemployment will rise.

The Russian stock market fell by about two-thirds since May. Thus, the global financial crisis has wiped out roughly a trillion dollars in wealth across the country.

The country of Iceland itself is failing. Prime Minister Geir Haarde warned of the threat of “national bankruptcy.” The government seized its three largest banks to prevent their failure, and the currency had already lost half its value before its trade was halted. The country is desperately seeking an emergency loan from Russia or from the International Monetary Fund (IMF). However accepting the IMF harsh structural adjustment policies to restore fiscal and monetary stability will hurt everyone, an extraordinary reversal for the island's economy which has been quite affluent for the last decade.

Greed is the excessive and selfish pursuit of wealth or other material things, without concern whether one’s actions deprive others of necessities. Rather than controlling this instinct, unregulated capitalism encourages it. Some proponents of free market capitalism even go so far as to argue that greed should be considered a positive trait because the race to maximize profits propels the global economy. As the character Gordon Gekko in the film Wall Street said, "Greed... is good!"

The meltdown has been caused in large part by corporations that spend hundreds of millions of dollars on advertising campaigns to make debt sound desirable and risk-free. Their sophisticated ad campaigns and direct mail programs are aimed at every age group, from young teenagers to the elderly. The largest credit card company launched a campaign “Life Takes Visa,” MasterCard did “Priceless” and Citibank taught “Live Richly.” The insidious goal of each of these campaigns was to eliminate negative feelings about going into debt. The creative director of MasterCard's campaign, Jonathan B. Cranin, explained, “One of the tricks in the credit card business is that people have an inherent guilt with spending. What you want is to have people feel good about their purchases.”

It gets nastier, because lenders prey on people who urgently need loans to pay for health care and other necessities. To squeeze more profit from borrowers, US credit card companies have increased interest rates from 17.7 percent in 2005 to 19.1 percent last year, a difference that gives them billions of dollars in extra profits. Average late fees rose from less than $13 in 1994 to $35 in 2007, and fees charged when customers exceed their credit limits more than doubled to from $11 to $26 a month.

The lucrative lending practices of these merchants of debt have led millions of North Americans — young and old, rich and poor — to the brink. However in 2005 the bankruptcy laws were changed. This legislation, proposed by President Bush and driven through Congress by financial services firms, makes it much harder for consumers with modest incomes to escape from under their debt by filing for bankruptcy. The new laws encouraged more reckless lending on the part of lenders, because they could more easily force poor borrowers to repay.

Practices such as these that produced record profits for many banks have shaken the world's financial system to its foundation. As a growing number of people default on payments, banks are recording hundreds of billions in losses, devastating their shareholders. As each bank is realizing that it is holding many bad debts, an increasing distrust is taking place between the institutions, afraid of how many bad debts the other banks are holding.

The solution to the global economic meltdown should be the formation of local economies. The first crucial step of any humane economy is to provide the basic necessities of life to all: food and pure water, clothing, housing, education and medical care. Human beings require these in order to realize their individual potentialities, to develop culturally, to achieve inner fulfilment and self-realization, which many now consider as higher goals of life. What a wonderful world it will be when no one on the planet will have to worry about getting enough money to buy the food, clothes, housing, education and medical care needed for his or her family!

Second, the current centralized economies should be decentralized into economically self-reliant regions. The regions would be defined by geographic conditions, and by the inhabitants’ cultural legacy, language, economic problems and interests. These bioregions would decide their economic future from below, with planning emerging from the communities and supported by central government policies.

Third, each economic region should also be divided into smaller “blocks” or counties, which would provide the basic level of grassroots economic planning. The area of a county is small enough for the planners to understand all the problems of the area; local leaders would be able to solve the problems according to local priorities; planning would be more practical and effective and give quick, positive results.

Fourth, breaking the dependence on petroleum by rejuvenating local agriculture and achieving self-reliance in food, medicines and energy. The importance of rural employment and an adequate standard of living to reduce internal and external migrations is also important.

Each of these solutions is part of the Progressive Utilization Theory or Prout, which proposes a dynamic economy of the people, by the people and for the people. Rejecting profit-making as the goal of the economy, Prout bases its economic policy on consumption; that is, on meeting the actual needs of people. Prout proposes a three-tiered economic system to realize this.

To preserve the creative, innovative spirit of capitalism, but to avoid the destructive, exploiting impact of capital which disregards social costs and environmental degradation, private enterprises should be of small-scale.

The second tier of the Prout economy is formed by cooperatives. This guarantees economic democracy, a decrease in alienation and a more just distribution of wealth. The goal of cooperatives is not profit at any cost, but satisfying the real needs of the community and achieving everyone’s well-being. Members participate in decision making and determine their community’s economic future.

The final tier is industries which have strategic importance and which are too big or too complex to be efficiently managed by a cooperative. For example energy, steel, telecommunications, airlines, etc., should be state-owned and managed by elected boards in the public interest at the national or state levels. These key industries should be run on a no profit, no loss basis, serving all the people of the country.

The Central Bank of each country is such a key industry. However all the other banks should be cooperative credit unions, loaning savings to local businesses, cooperatives and home owners.

A local economy organized in this way would be human-based, resiliant to global market fluctuations and inflation, and able to achieve full employment. Isn't this the type of economy we want?
Posted by Dada Maheshvarananda at 00:09 3 comments:

THE VENEZUELAN REALITY AND PROUT'S CONTRIBUTION TO SOCIAL TRANSFORMATION

What are the social advances made by the "Bolivarian Revolution" since
the election of President Hugo Chavez in 1998? How does this affect
the poverty statistics, and how does it affect the actual lives of the
poor? What shortcomings and problems need to be overcome? How much
pressure can the U.S. government apply to change the government? How
can the principles of Prout assist in transforming society and ending
poverty?

The Bolivarian Revolution Of Venezuela: Successes, Failures and
Practical Solutions
What are the social advances made by the "Bolivarian Revolution" since
the election of President Hugo Chavez in 1998? How does this affect
the poverty statistics, and how does it affect the actual lives of the
poor? What shortcomings and problems need to be overcome? How much
pressure can the U.S. government apply to change the government? How
can the principles of Prout assist in transforming society and ending
poverty?

Another World Is Possible: Prout's New Vision
Dada will be sharing positive examples from around the world, pointing
out the need for a locally-based economy of cooperatives, sustainable
agriculture, ecology, economic self-reliance of every region,
community, participatory democracy, ethical leadership and universal
spiritual values. These are empowering ideas that unite people and
transform lives.

Film: Another Life is Possible Cooperatives in Barlovento, Venezuela

Noted Author and Proutist, Dada Maheshvarananda , will facilitate the
discussion after the film screening. See his biography.

Venezuela is undergoing a transformation within its workplace. With
approximately 50,000 cooperatives in operation—the highest number of
any country in the hemisphere—will this economic democracy prove to be
a model for development throughout the region?

More than 40 cooperatives were surveyed in the impoverished rural
district of Barlovento to see just how cooperatives are transforming
people's lives. Workers from a variety of different sectors including
farming, fishing, hotel, restaurant, electrical and sewing co-ops tell
in their own words the stories of their problems, struggles and
successes.